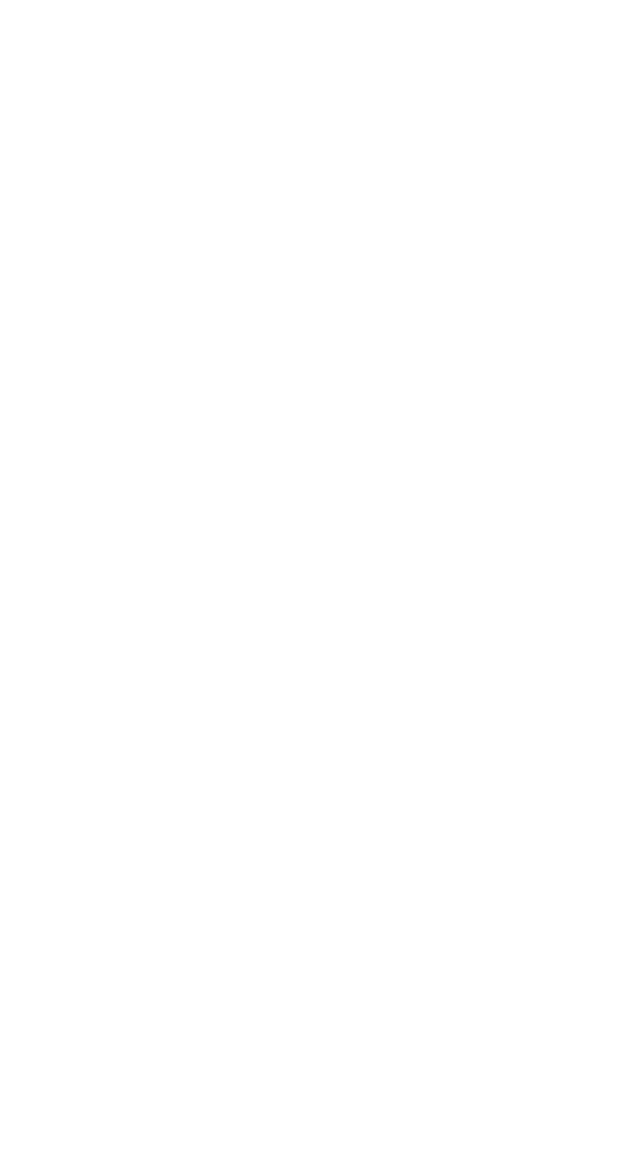 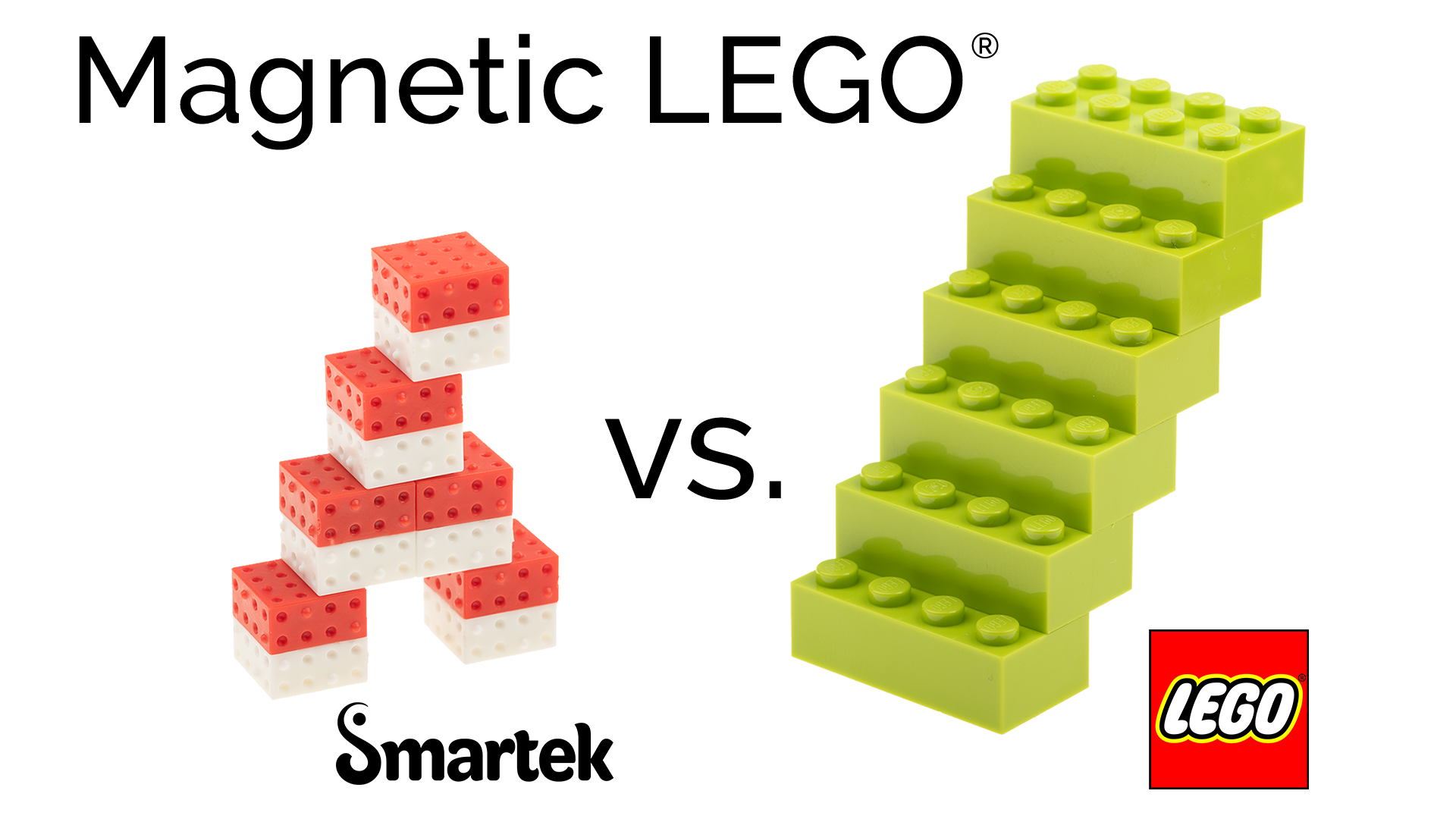 By
Bartek
on
Dec 18, 2020
in category
Comparison
FacebookLinkedINTwitter

Since the development of Smartek people have compared Smartek with LEGO®. Initially we also used MEGO (Magnetic LEGO®) as our secret project name. So what are the simularities and the difference between these two great products?

Age is one of the main differentiators between LEGO® and Smartek. Most likely that every reader of this post has at least once (or much more) in his lifetime played with LEGO®. The standard 2 x 4 studs LEGO® brick is already more than 60 years old and has made LEGO® the biggest toy manufacturer in the world [1]. LEGO® is suitable for children of 3 years and with the introduction of DUPLO® it even lowers the starting age to 1.5 years. Since LEGO® is so embedded in most of our own history, adults have continued to play and build with LEGO® and it is not a shame anymore to have a LEGO® piece in your living rooms as a piece of art. There is even a phrase for adults playing with LEGO® - AFOL (Adult Fan of LEGO®).

Looking at Smartek we are just an infant compared to the granddaddy LEGO®. We are two years old and only 2 months on the market. Due to the magnet inside Smartek, the age is restricted to 14 or older [3]. It is totally understandable that swallowing a piece of LEGO® does you less harm than swallowing a heavy metal magnet, like we have in Smartek. We therefore do not promote Smartek in any way to children under 14 years of age.

LEGO® bricks ar basically attractive to all ages. But it took LEGO® also more than 10 years to develop a big block for younger children (DUPLO®). We at Smartek are dedicated to bring you a big block suitable for 3+ anytime in 2021 in order to be available for a bigger audience.

At Smartek we have a few great prototypes which we hope to launch together with our big Smartek. So looking at the amount of blocks there is no real comparison at this moment.

One interesting theme of LEGO® is Minecraft™. Although the sets are awesome, we do think that Minecraft™ would be more suitable build out of Smartek blocks than LEGO®. With Smartek we can truly place blocks on every side of another block without the need for support. Minecraft™ blocks are 3D pixels also called Voxels. A Smartek block is a true voxel while non of the 4000+ LEGO® bricks are.

Have a look at our SmartekCraft prototype game to see how Smartek and Minecraft™ could look like together [4].

Since LEGO® is the biggest toy company in the world it has no sense to compare the sheer volume of production between Smartek and LEGO®. We do want to compare product quality since LEGO® is an inspiration, quality wise. The smoothness of the bricks, the fitting of the studs (even over time) is amazing. But it comes with a cost. The moulds and moulding machines are of the highest quality in the world and are an inspiration to us. We hope one day we can achieve the same level of quality that LEGO® has. It is at least one of our main focus points when we will manufacture our next mould.

There are website dedicated to the economy of LEGO® [5]. Also LEGO® themselves explain their pricing scheme on their website[6]. There are many factors defining a price, which varies from he size and complexity of the bricks, to the additional license fees that have to be paid. Here is a nice video trying to explain the average price of a LEGO brick [7] which for simplicity we set the price of one LEGO® brick at € 0,10.

With Smartek we currently only have to look at one block and once price. We sell our 19 blocks set for € 15,00 which would roughly make one brick cost € 0,78. This means a Smartek block is 7,8x more expensive than a LEGO® brick. But why?

The price of Smartek is defined by:

Magnets are expenive and if you look at other magnetic toys like Magformers® [8] or Geomag™ [9] then you typically see that these toys are more expensive than LEGO® by a factor of 6x.

In the 80s the main LEGO® marketing slogan in the Netherlands was: "Van LEGO® kun je alles maken" [12], this translates into "You can build anything with LEGO®". At that time there were no video games, series or movies of LEGO® just one theme park in Denmark which was the holy grail of theme parks to visit (in Europe). Now we see LEGO® combining with almost any A-level company and expanding it's reach to more video games, movies, TV shows et cetera.

With Smartek we are happy to be online and on social media. A theme park would be our ultimate dream but our marketing budget is currently very limited.

We want to end this comparison with a mathematical challenge. In 1974 LEGO® themselves computed that the number of possible combinations of combining six two-by-four (2 x 4) LEGO® bricks of the same color is 102.981.500. This number was a bit on the low side and this was proven by Søren Eilers in his paper: "On the entropy of LEGO®" [10, 11]. It turns out that there are actually 915.103.765 unique combinations.

This is an awesome number off course, but we think there are more combinations with six same two colour Smartek blocks than with six same (one) colour LEGO® bricks.

The question is, how does the number of combinations grow with six Smartek cubes? And how much more would this be than six LEGO® bricks?

This is what we call the: Smartek counting problem. Please let us know if you are interested to write a paper about it! We would be happy to sponsor you with blocks.

We as Smartek are bias and not independent of comparing Smartek with LEGO®. Although, we have tried to write down a factual picture (from our perspective) of the differences and similarities between Smartek and LEGO®.

Smartek is only at the beginning of it's existence. It is a totally different experience compared to LEGO® and currently completely addresses a different audience. Perhaps one day we can compete together but in the meantime we hope that people will buy both of the products and above all have fun!